History – a phoenix from the flames

The history of the Kazbek Villa is rich and complex. Our Palace Dubrovnik Hotel has been constructed in 1573 by one of the Dubrovnik noble families Zamanja as a summer residence. Although designed as place for peace and relaxation history had other plans and the villa passed through various violent ages.

Firstly it was burned and plundered in 1806 by aggressors which left only the bare shell of the building standing.

Then during World War II the building was used by the aggressors as a detention centre for prisoners of war. After the war, the castle was confiscated by the government of the time and used as a school and then as a storage unit.

Over these turbulent years, the villa was significantly damaged and the valuable parts were either stripped or destroyed. When Croatia became an independent and democratic state the Kazbek property was denationalised and returned to its private owner. But after years of bad maintenance and neglect, it was in a terrible condition.

Ownership then changed hands several times before it was finally acquired by Pervanovo in 2006. Some of the exterior had been partly refurbished however it was still an empty shell. A true tale of riches to rags and back to riches again. 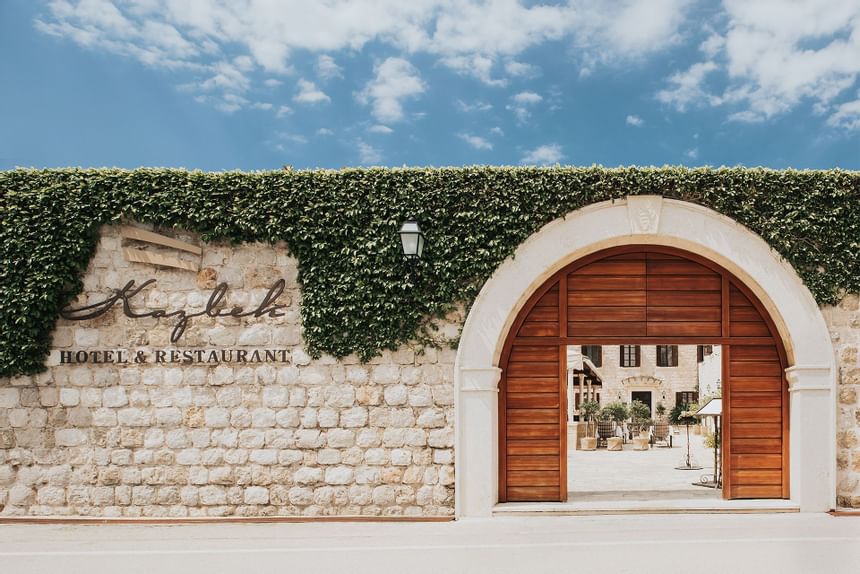 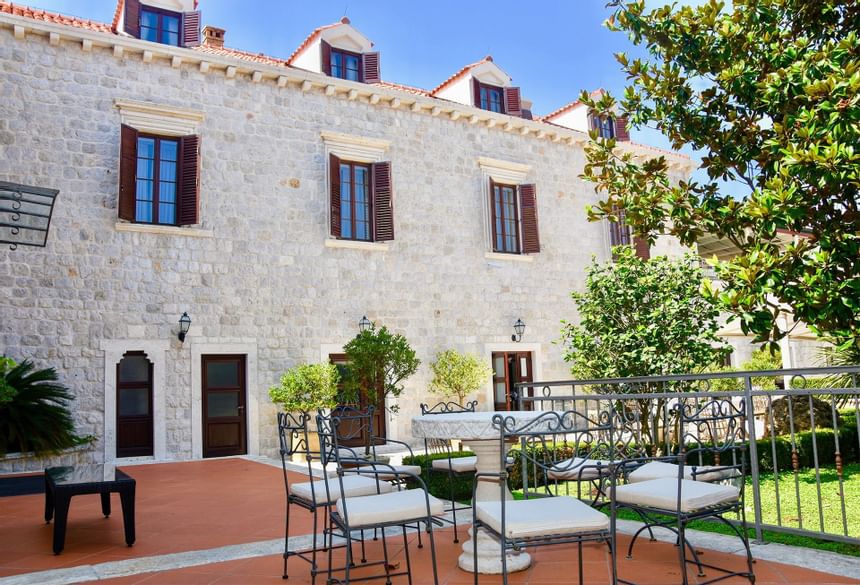 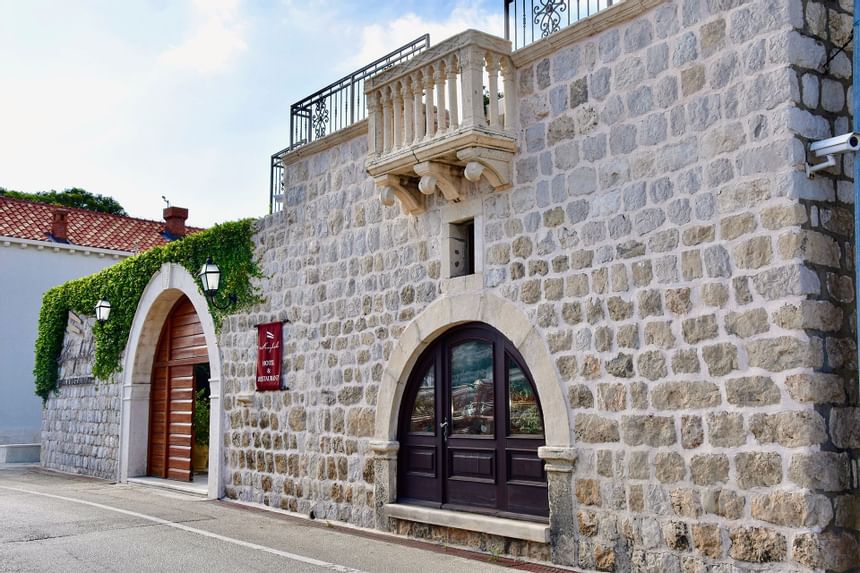 The interior of Kazbek went through a complete overhaul by Pervanovo in order to both modernise the old castle and at the same time bring it back to its former glory. The renovations were performed in close cooperation with the Dubrovnik conservators and the Dubrovnik construction and building company Alfaplan.

Kazbek Hotel in Dubrovnik is now renovated to the highest standard of luxury Dubrovnik hotels and has regained its original beauty and function as a summer residence for guests with high demands for privacy and culture combined with modern facilities.

It is today used as a high class hotel and the shine the building once had it glowing again.

From the 14th to 16th centuries, the people of Dubrovnik constructed 300 country homes and summer residences around the city, in Lapad and Gruz, as well as from Cavtat to Slano. In the beginning, they were constructed as private landowner estates but were later used as summer homes where their owners spent time reading, creating art, and creating Dubrovnik Renaissance literature, philosophy, and culture. The Gothic and Gothic-Renaissance constructions, similar in blueprints because of their large terraces, gardens and trellises, are among the greatest architectural achievements in this part of the Mediterranean.

Today, the majority of these summer residences are abandoned and destroyed, but there are several that are still used today as residential homes or tourism accommodations - we are PROUD to say that -

KAZBEK is one of them.